skip to main | skip to sidebar

It has been a very busy month here at The NOSTALGIA Collection with several forthcoming titles going through the works.

Coming up in Match:

A really fascinating book that has over 200 illustrations, a history of the gauge and a gazetteer of all the currently running 15" railways. The softcover is due in March 2013. For the collector or those who prefer a hardback if your quick you can snap up one of the Limited Edition hardbacks which is due for release in May 2013. (Please hurry along there as all the previously released Limited Editions from Silver Link and Past & Present have sold out very quickly)

No 38 The Bluebell Railway by Keith Leppard

There is much excitement here in the SLP office as we are awaiting the first pictures of a working train on the new extension to East Grinstead due to open at the end of March - the book is ready to go to press but we just have to have those pictures to really have a celebration! This is a great companion/souvenir volume and will be on sale at the Bluebell Railway and through all good booksellers. 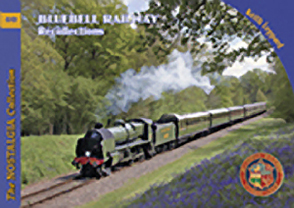 No 41 The Gloucestershire Warwickshire Railway by Malcolm Ranieri

In similar vein we have a brand new volume on this picturesque line which has recovered from the trauma of severe flooding and looks forward to a fully operational season in 2013. The extension to Broadway is tantalisingly close. 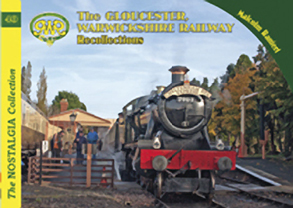 The latest addition to the growing series includes images from the archives of enthusiasts who were out and about in the era of 'half cabs and rear platforms'. Another fascinating look back in time to the nostalgic street scenes of 40+ years ago.

Sold out within just a few weeks of publication this popular tale of the 'rebirth' of a sixties band and their exploits just had to be reprinted to meet the demand!

So all in all a broad selection to choose from...

Posted by The NOSTALGIA Collection at 09:58 No comments: 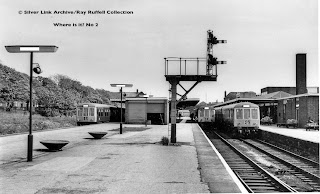 Where is it? Visit our web site to enter: www.nostalgiacollection.com
Posted by The NOSTALGIA Collection at 19:54 No comments:

Welcome back it has been more than a while since we made any entries on the blog and this will only be a short hello as we are working on completing the new web site first. We will be back soon in the meantime please take a look at the new site as it develops:

www.nostalgiacollection.com
Posted by The NOSTALGIA Collection at 19:36 No comments: